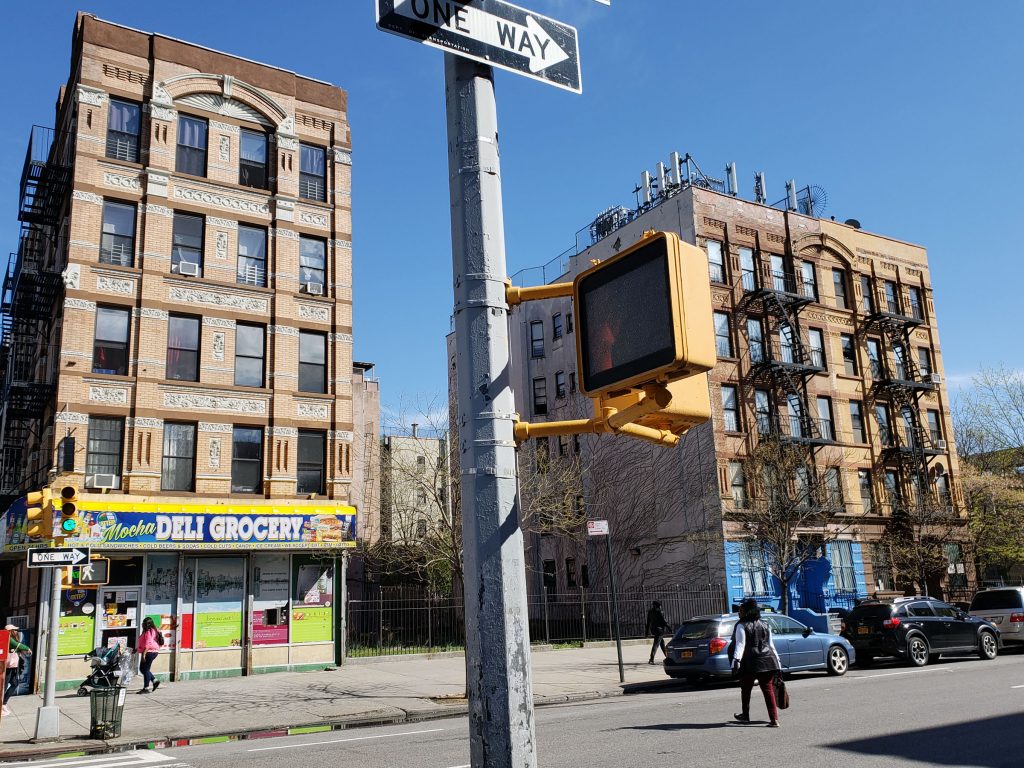 A somewhat run-down trio of identical buildings, 2151- 2153 Fifth Avenue and 2 East 132nd Street are evidently the survivors of a block-spanning row.  Enough remains to suggest the crude vigor of the original design; corbels, lintels and aggressive stonework enliven the remaining facades.

These are unusual in being perhaps among a mere handful of tenement apartment buildings to front Fifth Avenue.  The tenement type, more associated with the Lower East Side, was developed throughout the northern part of Manhattan as well, albeit never quite as squalidly.  Intended for working class families, their cramped layouts were often filled past safe capacity.

The blue chimera that reopened the blog entries appears on the stoop of 2153.