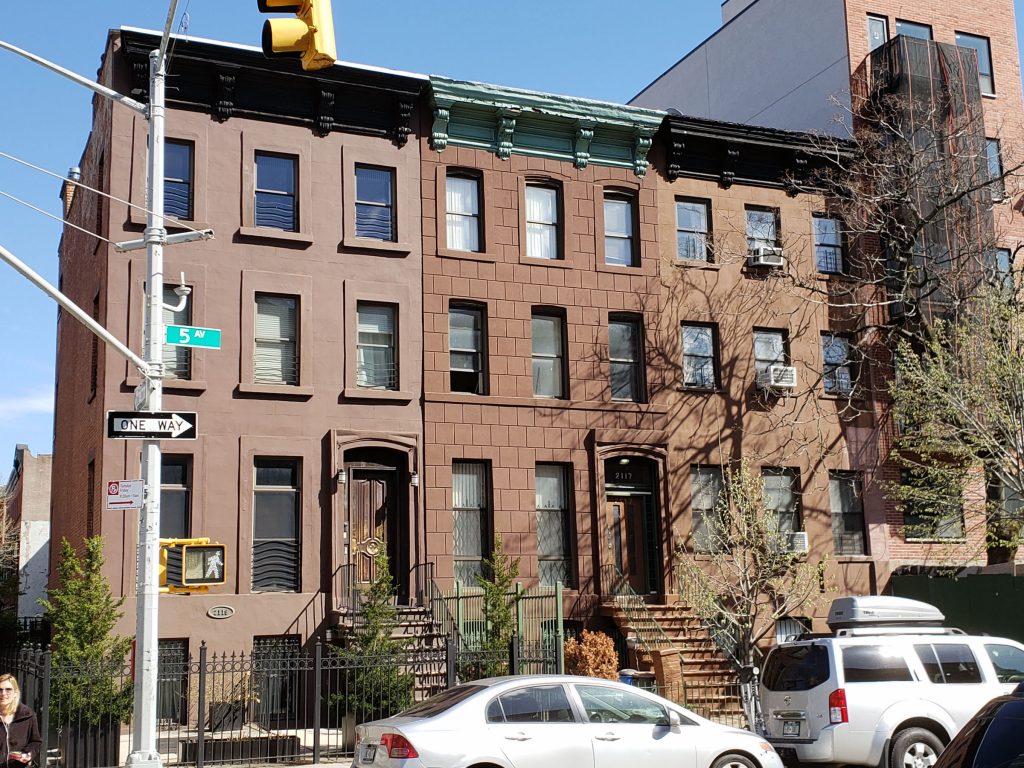 2115-2119 Fifth Avenue is the surviving northern portion of the row that originally started at 2105 Fifth Avenue.  It has been cut off from its southern neighbors by the insertion of 2113.   At some point the middle house at 2117 gained a not-entirely unsuccessful rusticated treatment; otherwise the row is in more or less original condition.