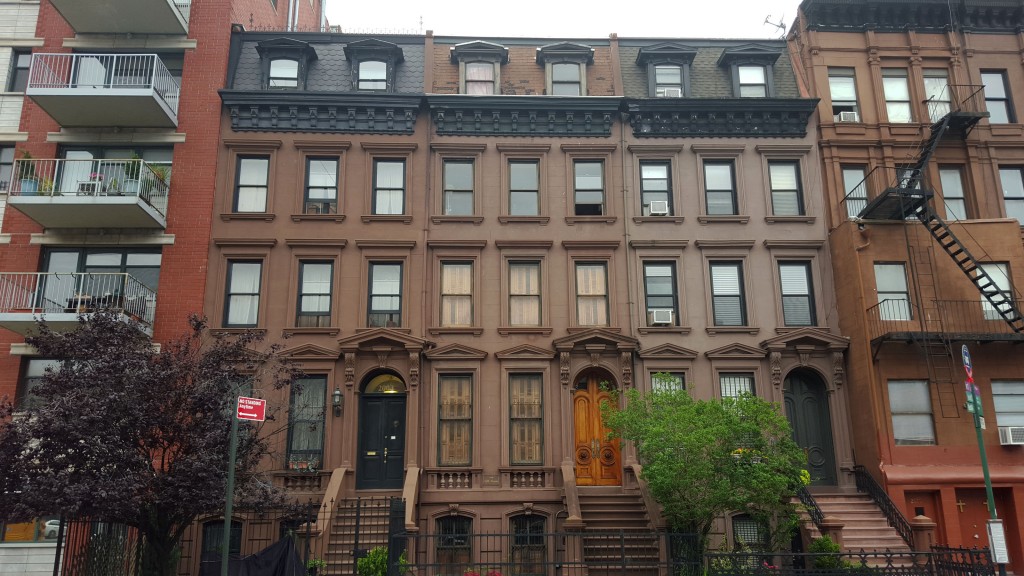 An extraordinarily well-preserved row of early brownstones dating from the 1860s, 2004-2008 Fifth Avenue were designed by Christian Brand as part of the initial development of Harlem from an independent village into an urban district and predate much of the later rowhouse architecture for which the district is famous.

Despite this, they are, amazingly, not included in the Mount Morris Park Historic District. It is to be hoped that this oversight will be corrected: they are among most distinguished residences in Manhattan and a rare example at how much of Fifth Avenue looked both immediately prior to and after the American Civil War.

The wooden doors are particularly fine.