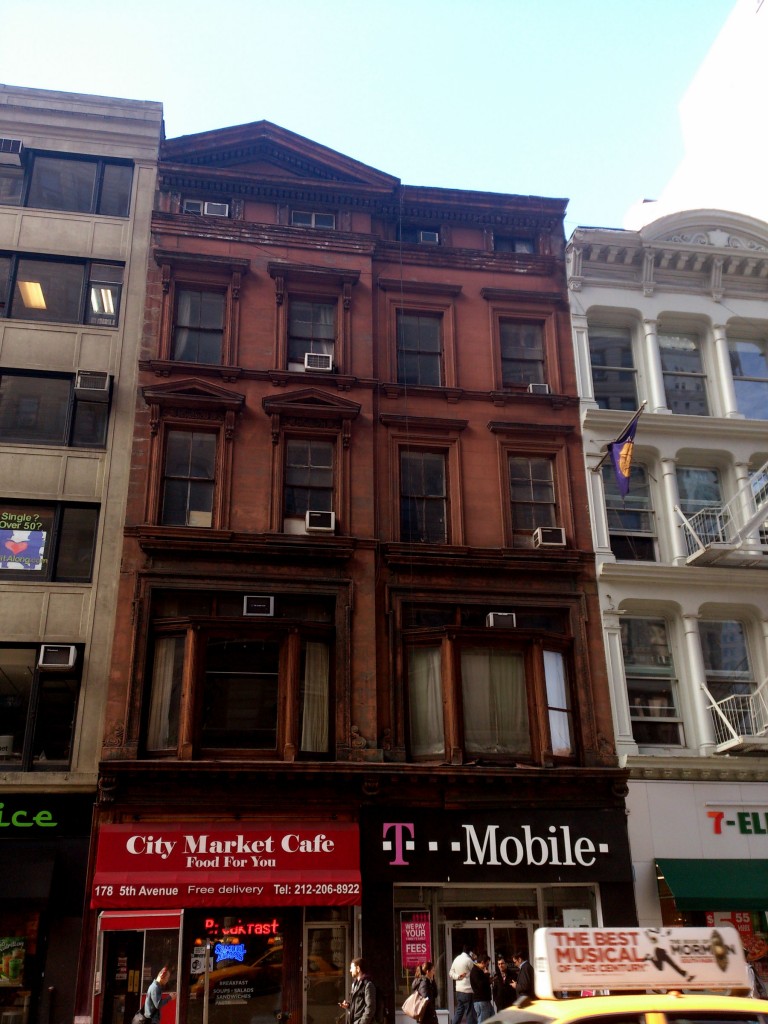 A fascinating remnant of Fifth Avenue’s original residential streetscape, 178-180 Fifth Avenue consist of a pair of brownstone houses that have been unified at the base level but preserve notable details at the upper floors.

Built for one C. A. Pepoon around 1862, they were once part of a trio of houses arranged to resemble one massive mansion, with 178 flanked by recessed “wings” at 176 and 180. Unfortunately, 176 Fifth was demolished for the completion of the present 174 Fifth Avenue, but the central and northern portion of the development survive, albeit with later commercial shop fronts at the first and second floors.

The pedimented cornice at 178 is echoed by its window surrounds – a nice touch.