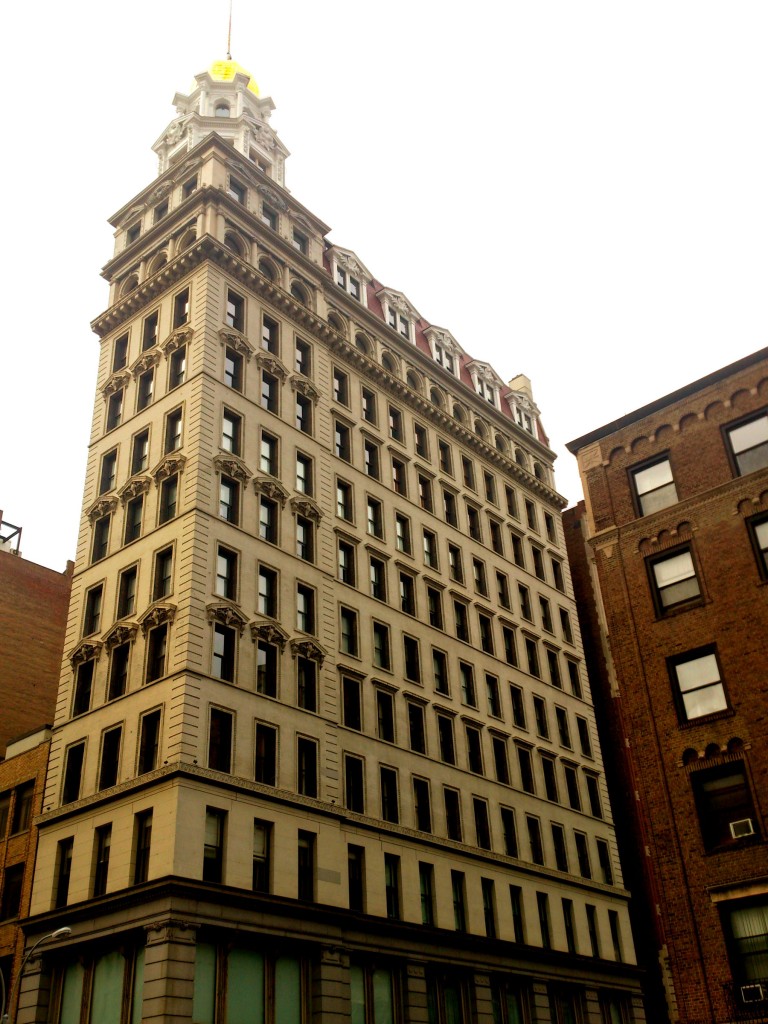 Literally a crowning achievement of Robert Maynicke, 170 Fifth Avenue, also known as the Sohmer Building, is the architect’s most extravagant work on this stretch of Fifth Avenue and a worthy visual foil to the famed Flatiron Building located diagonally to the north. The width of the brownstone house it replaced, 170 Fifth is a veritable Renaissance rocket ship, soaring up from its double-story rusticated piers to an octagonal spire crowned with a gilded dome.

The building takes its named from the famed piano company, which had its offices and showrooms here. A rival firm to Steinway and other similar marquees, Sohmer later moved to West 57th Street where they opened a beautiful showroom that was the location of the world-renowned Rizzoli’s bookstore from 1983 until this year when it was demolished by Vornado in the face of widespread public outcry.

Other tenants at 170 Fifth Avenue have included the great architectural firm of Cram, Goodhue & Ferguson, whose work we will be encountering as we move further north.