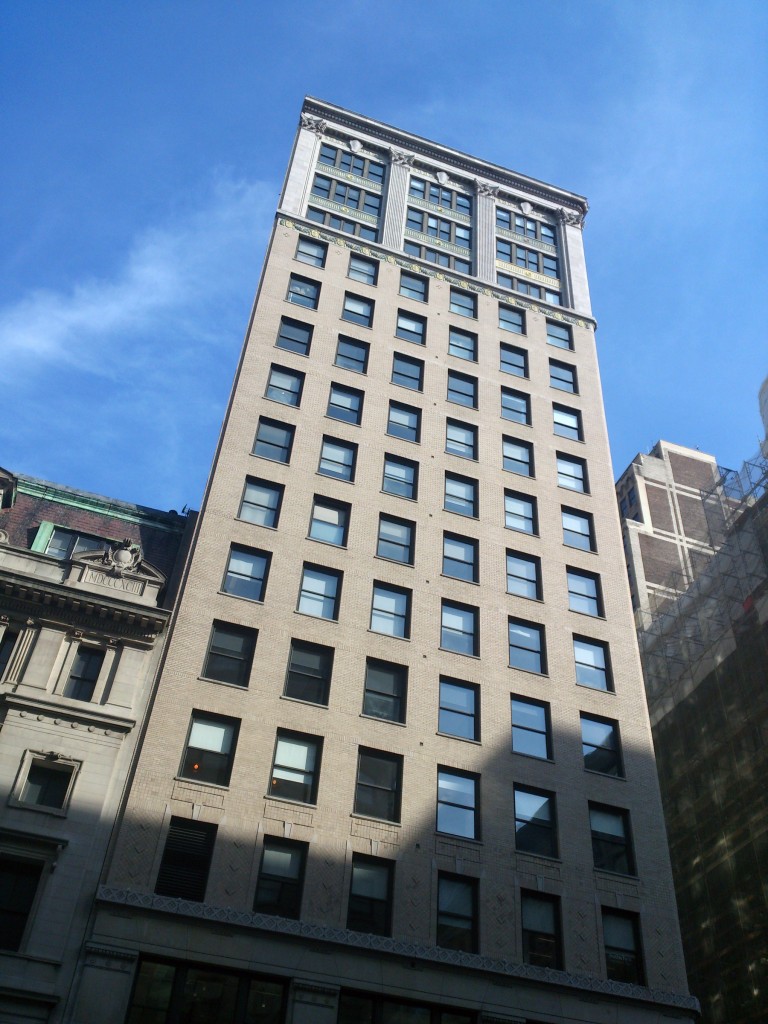 Built in 1917-1918, 149-151 Fifth Avenue is the final building constructed on the Ladies’ Mile to designs by Robert Maynicke and represents the evolution of both the firm of Maynicke & Franke and of commercial architecture in New York.

On the cusp of the Roaring Twenties the Beaux Arts style was becoming passe and Art Deco had not yet arrived to take its place.  A form of “stripped classicism” began to evolve based on the precedent of the Chicago School of architecture.  As seen here, the bold details and ornate fenestration that characterized Maynicke’s earlier work are eschewed for a suavely understated building that stresses overall mass and volume rather than the (still-visible) separate components of base, shaft and capital.

Above the 12th floor 149-151 Fifth Avenue is enlivened by green and yellow terra cotta: otherwise the building is relatively subdued for its location and size.