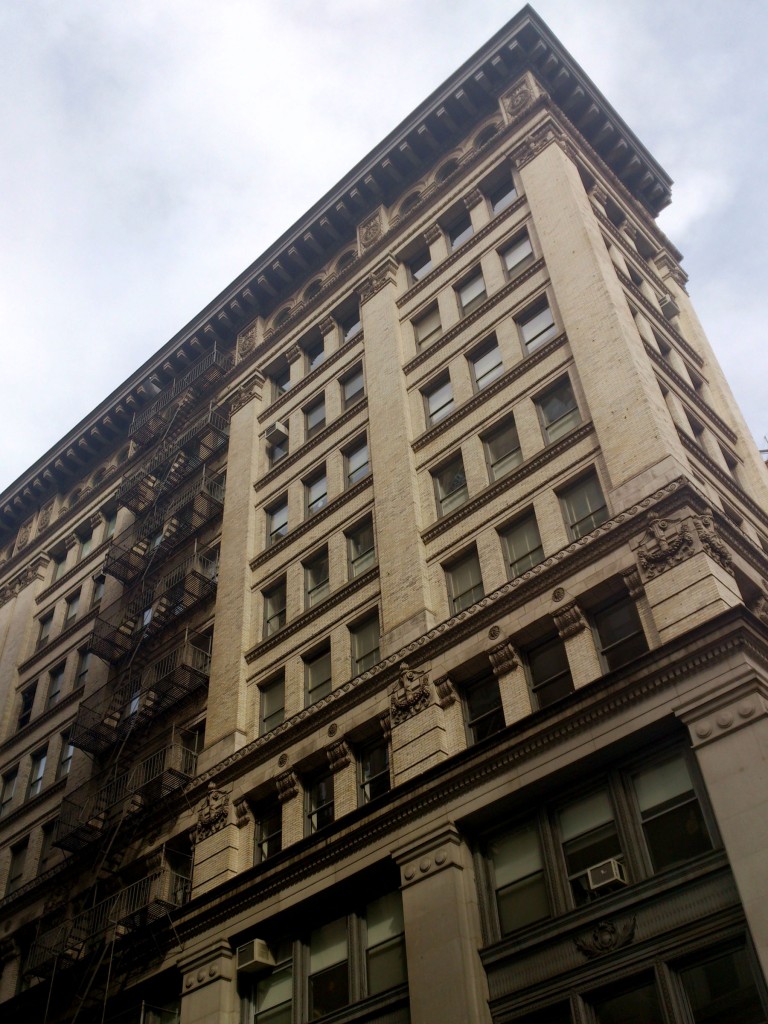 Not to be confused with the Los Angeles landmark of the same name, the Bradbury Building at 142 Fifth Avenue is a handsome entry in the Beaux Arts style by Robert Maynicke.

The westernmost portion of the building’s site contained a structure at 5 West 19th Street that was built sometime before 1879 and was occupied by Congregation Shearith Israel, the oldest Jewish congregation in New York City. The building had a classical facade surmounted by an imposing Moorish dome that was a well-known local landmark. According to the Landmark Preservation Commission’s designation report, “features of the synagogue were incorporated into the present commercial building including several columns and what may have been the synagogue’s cornice” – although we freely admit that it’s a bit hard to see exactly where…