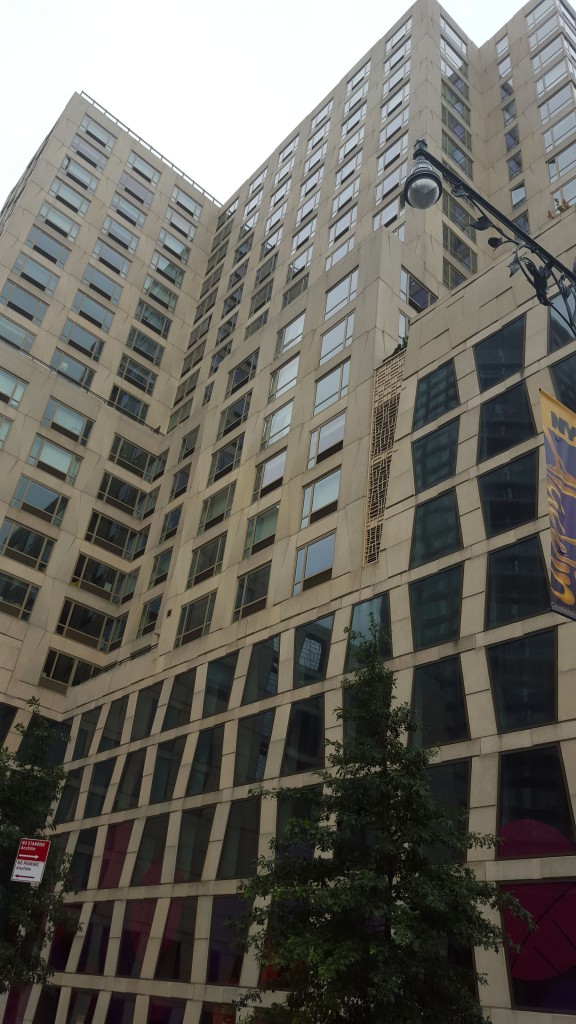 An oddly desultory design by the offices of Robert A. M. Stern, 1280 Fifth Avenue, also known as One Museum Mile, was the first major building on a Central-Park-facing block since the 1970s.  An uninteresting PoMo exercise it was also intended to be the location of the Museum of African Art, (not to be confused with the Smithsonian Institute’s National Museum of African Art in Washington, DC) which would have been the northernmost museum on Fifth Avenue, the first new museum building on Fifth since the Guggenheim’s completion in 1959 and would have extended the Museum Mile considerably.

Founded in the 1980s by distinguished curator Susan Mullin Vogel as the Center for African Art, the organization is now known as The Africa Center.  As of this writing, the permanent location has not yet opened.