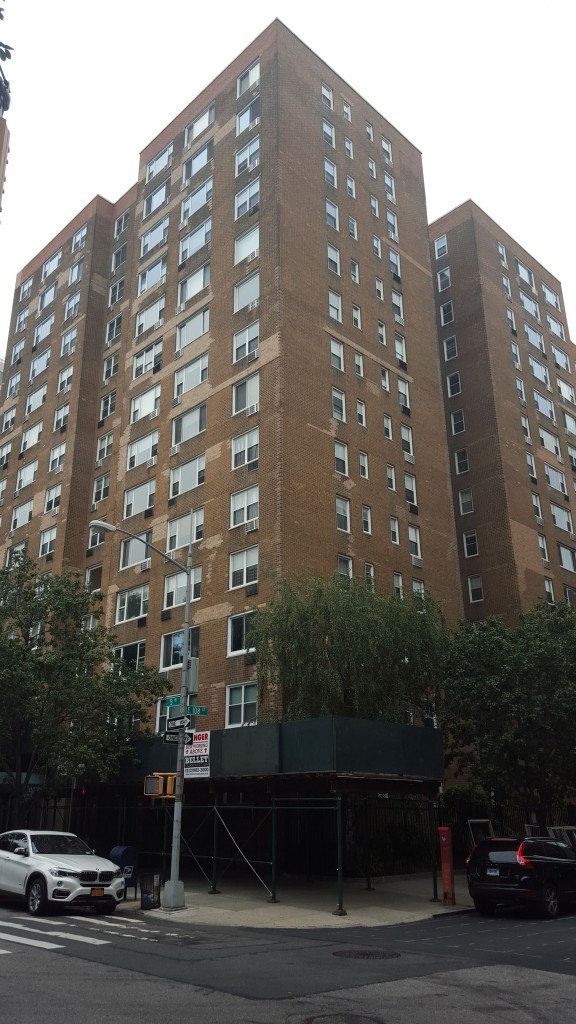 Despite the urge to simply dismiss this beige box as the ugliest apartment building fronting Central Park, 1270 Fifth Avenue is actually historically notable for being the first middle-income co-op apartment building constructed in Manhattan under Section 213 of the National Housing Act, which authorized Government-insured loans to private developers of co-operative housing.  The act was passed in 1950 and by 1957 nearly 22,000 co-operative apartments were created in New York’s metro region.  This building, completed that year, was the first in Manhattan.