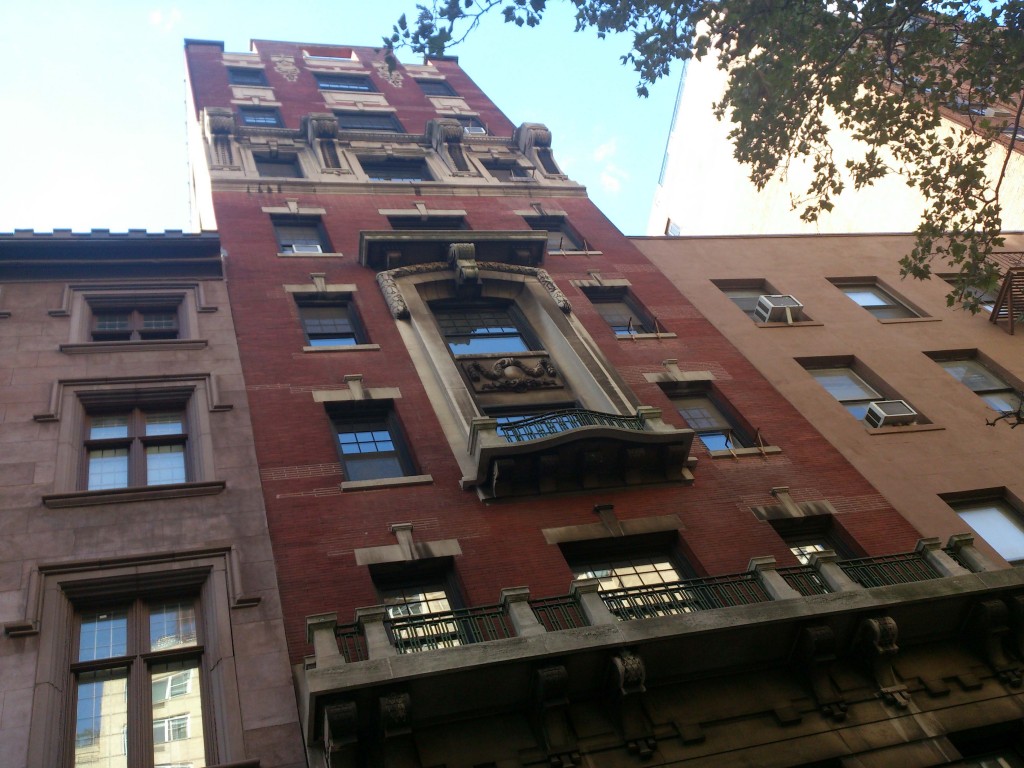 Constructed in 1903, 12 Fifth Avenue is an ornate forerunner of the so-called “sliver” apartment houses of the later 20th century.  As architectural historian Christopher Gray notes, the building “was erected well before the patterns were set for high-rise multiple dwellings” and architect Louis Korn took a highly eclectic approach, inflating details and scale in an imaginative manner.

The four gigantic brackets visible at the eighth floor level were intended to carry a balcony: the enormous central window frame that spans the fourth and fifth floors is particularly eye-catching.

The building replaced one of the Brevoort-built houses identical to 10 Fifth Avenue, which is directly adjacent to the south.