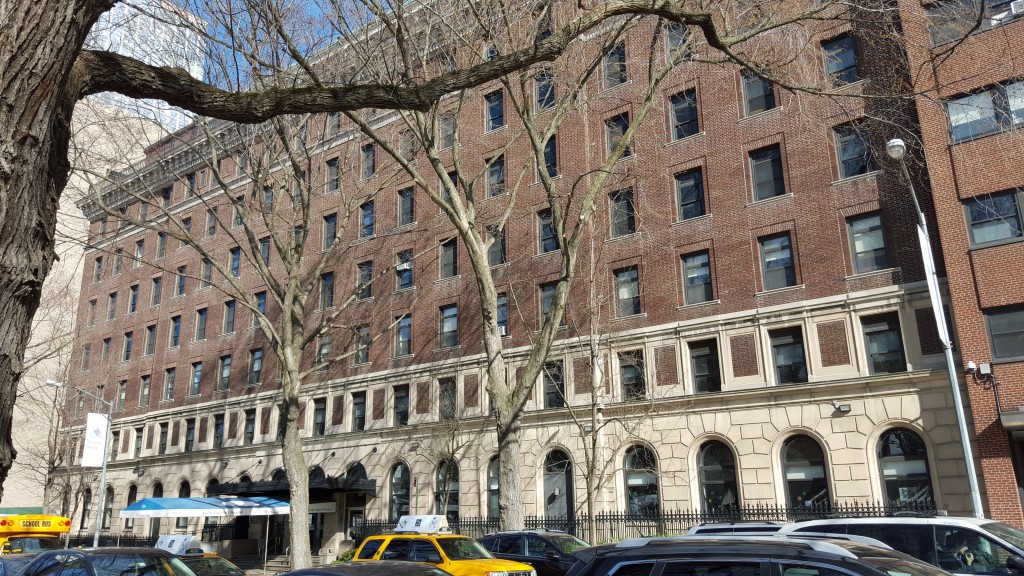 Mt. Sinai’s Kravis Children’s Hospital is one of the top-ranked pediatrics centers in the United States.  It is housed in a building at 1184 Fifth Avenue that attempts to mimic nearby apartments houses and would probably have blended rather seamlessly in were its immediate neighbors less disruptive.