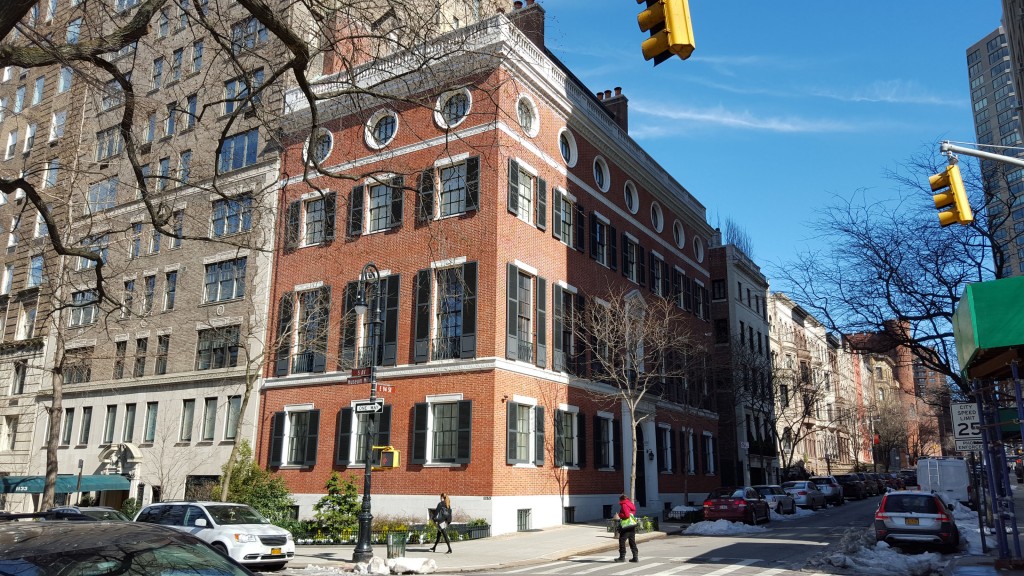 Possibly the finest Colonial Revival house in New York, Delano & Aldrich’s Willard Straight Mansion at 1130 Fifth Avenue was completed in 1913 and shows the firm at its very best in terms of mixing a classical vocabulary with a fresh sense of scale and juxtaposition.  The porthole windows along the uppermost floor are especially fine.

Willard Straight was the founder of the distinguished political journal The New Republic; his wife, Dorothy Whitney Straight, was a leading suffragette and founder of the junior League of New York.

For many years 1130 Fifth Avenue was the home of first the Audubon Society and then since 1973 the International Center for Photography, the nation’s leading museum of the form.  It is now again a private residence, the ICP having moved to midtown and then the Bowery in 1999.

The building is a city landmark.