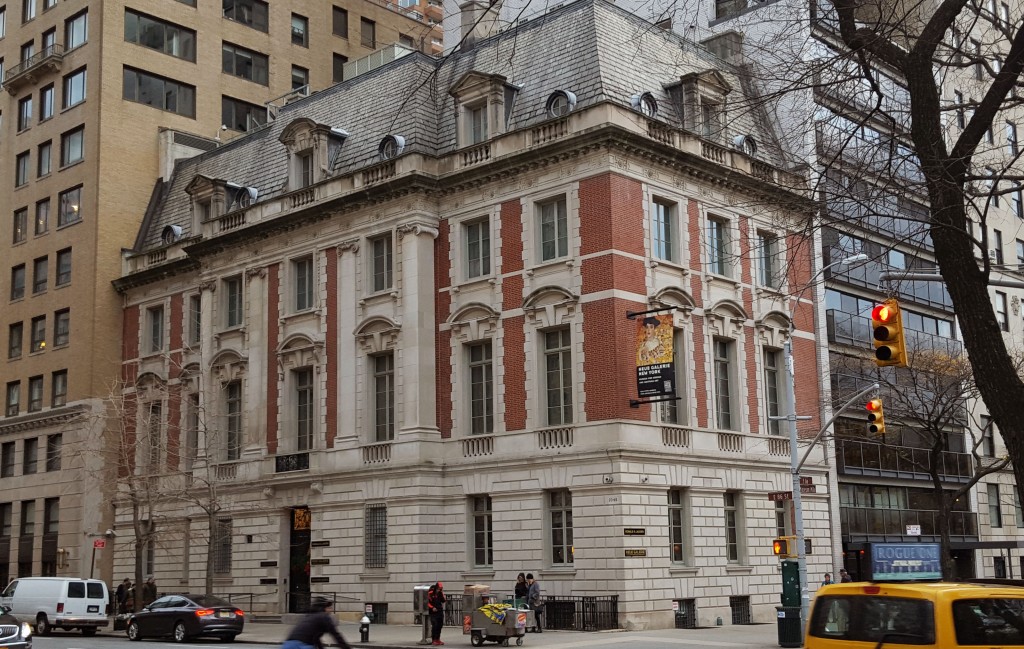 Called “one of the finest mansions on Fifth Avenue” by the New York Landmarks Commission, 1048 Fifth Avenue was designed by Carrere & Hastings, the architects of the New York Public Library at Fifth & 42nd Street, among other major buildings.  Built for William Starr Miller, the house was later purchased by Grace Wilson Vanderbilt, the widow of Cornelius Vanderbilt III, and was the scene of many lavish entertainments.

The house is now the home of the Neue Galerie, a museum devoted to early 20th century German and Austrian art and design with a focus on the Wiener Werkstätte and its relation to Expressionist and Pre-Expressionist painting.  The interiors have been handsomely restored and repurposed; the museum’s café is a small masterpiece of atmosphere.

Given what befell so many of its fellows, we are lucky to have 1048 Fifth Avenue at all: that it should survive to house one of New York’s most remarkable collections is a near astounding stroke of good fortune.