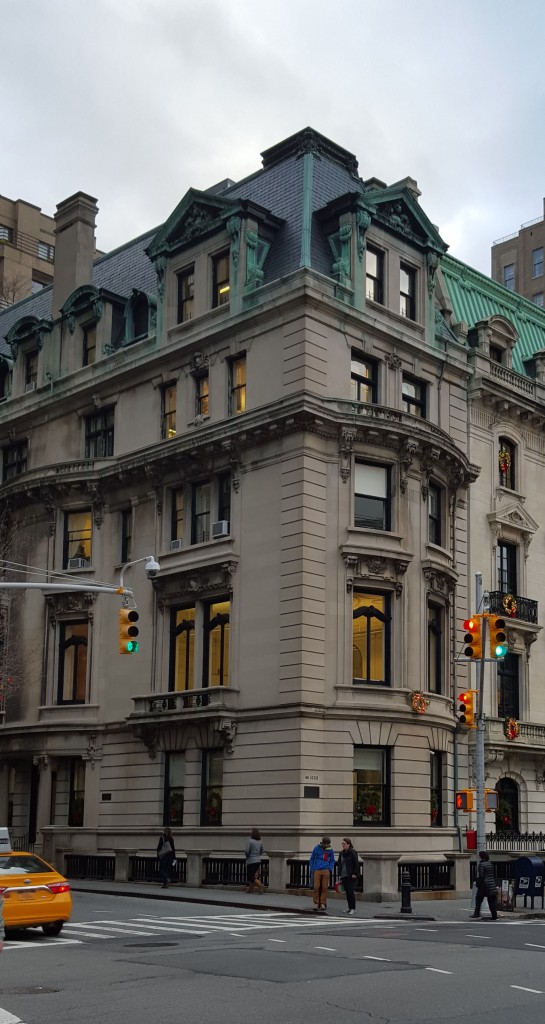 The most architecturally distinguished of the three houses that now make up the Marymount School, 1028 Fifth Avenue was designed by C.P.H. Gilbert in 1903 for the aristocratic Thorne Family, whose country seat in Millbrook, NY, is one of the most historic such properties in the Hudson River Valley.

1028 Fifth Avenue is a rather subdued work for Gilbert, who was best known for his ornate essays in the French Chateau style, including the present home of the Ukrainian Institute at 2 East 79th Street, some blocks to the south.

1028 Fifth Avenue was purchased from a subsequent owner in 1925 by Mother Butler, the founder of the Marymount School.  The purchase of 1027 and 1026 Fifth followed in 1936 and 1950 respectively; the school is one of the most respected in the city, and its home one of the handsomest architectural ensembles on Fifth Avenue.