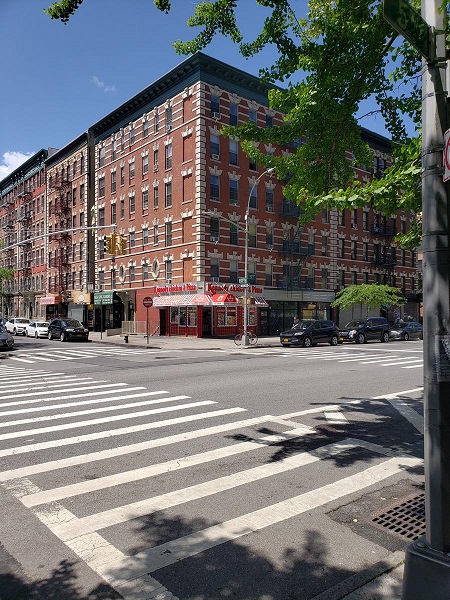 In keeping with many similar commercial and mixed-use developments in the early 20th Century, 1 West 137th Street mixes Colonial and Beaux Arts details. A cheery survivor from the period, it helps impart a traditional neighborhood presence to what is otherwise a monumentally scaled district. 2254 Fifth Avenue, directly to the north and visible in the above picture, is a near-identical design different only in having an Avenue entrance and address.