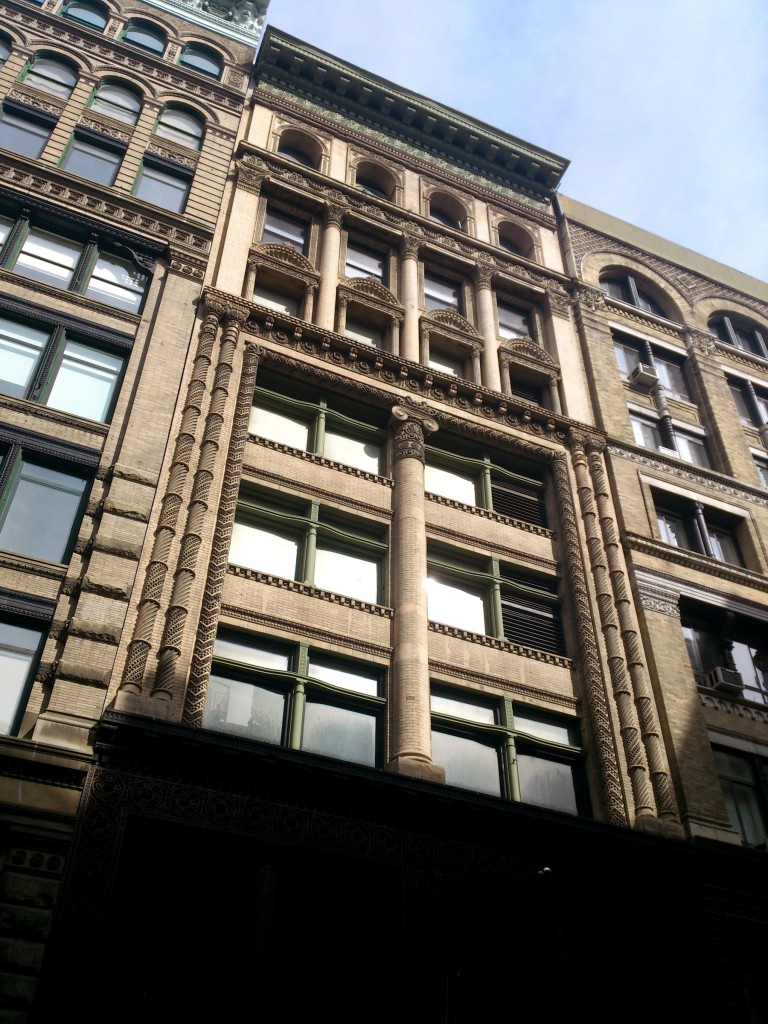 The renowned Kentshire Galleries has recently sold its spectacular building at 37 East 12th Street in a record-breaking $26 million all-cash transaction through Massey Knakal.

A location noted for antiques and bookstores, including the beloved Strand bookstore at the northeast corner of Broadway, East 12th Street is a stretch of some of the best late 19th and early 20th architecture in the city, such as the Weld Building, an extraordinary 1897 skyscraper by George B. Post at 817-819 Broadway.

37 East 12th Street is a strong presence on the block, being lavishly decorated with some of the city’s best terra cotta. A mix of Classical and Sullivanesque motifs include delicate foliate ornament around and above the entrance and a single massive Corinthian column separating the two central bays on the third through fifth floors.

Featuring open loft plans and high ceilings, 37 East 12th Street will be converted into luxury condominiums. Massey Knackal’s Mitchell Levine points out that “this portion of the central Village is quietly becoming the ‘it spot’ for luxury residential in New York City,” and there is every reason to believe that this sale is a harbinger of future such conversions on the East 12th Street corridor.

We look forward to watching this project develop!