Central Park and The Upper East Side 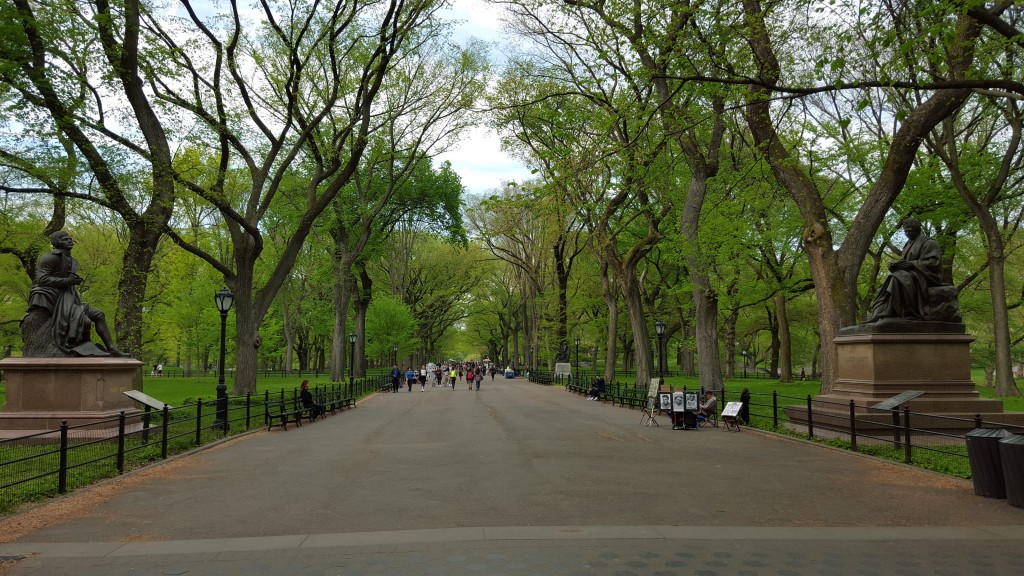 One of the world’s great urban parks, Central Park was designed by the firm of Calvert Vaux and Frederick Law Olmstead and was laid out in stages from 1858 through 1873, covering an area of 843 acres bordered by Fifth Avenue to the east, Central Park West to the West, Central Park South (59th Street) to the south and Central Park North (110th Street) to the north.  Created in response to the rapidly growing city’s lack of open space, the park’s design was influenced by both landscaped garden-like cemeteries such as Mount Auburn in Cambridge, MA, and by Birkenhead Park in Merseyside, UK.  Created as a succession of natural and formal spaces and featuring 36 bridges by Vaux – no two alike – Central Park has been called New York’s greatest work of architecture and is a National Historic Landmark.

Bordering the park on Fifth Avenue a series of ornate mansions rose from the 1870s onward as the city’s rich continued to move northward up Manhattan Island.  Rockefellers and Guggenheims competed for architectural supremacy in a parade of excessive styles that was lampooned as much as admired by the public and the press.  This wall of opulence was broken by successive waves of apartment construction in the 1920s and again in the 1950s and 60s, bringing the district to more or less its present appearance as a pleasant and dignified collection of Colonial Revival, Romanesque, Art Deco and Mid-Century Modern designs interspersed with surviving mansions.

The Upper East Side Historic District is the first such district we will be passing through since the NoMad Historic District 35 blocks to the south.  Designated in 1981 and expanded in 2006, it is one of the largest historic districts in Manhattan.