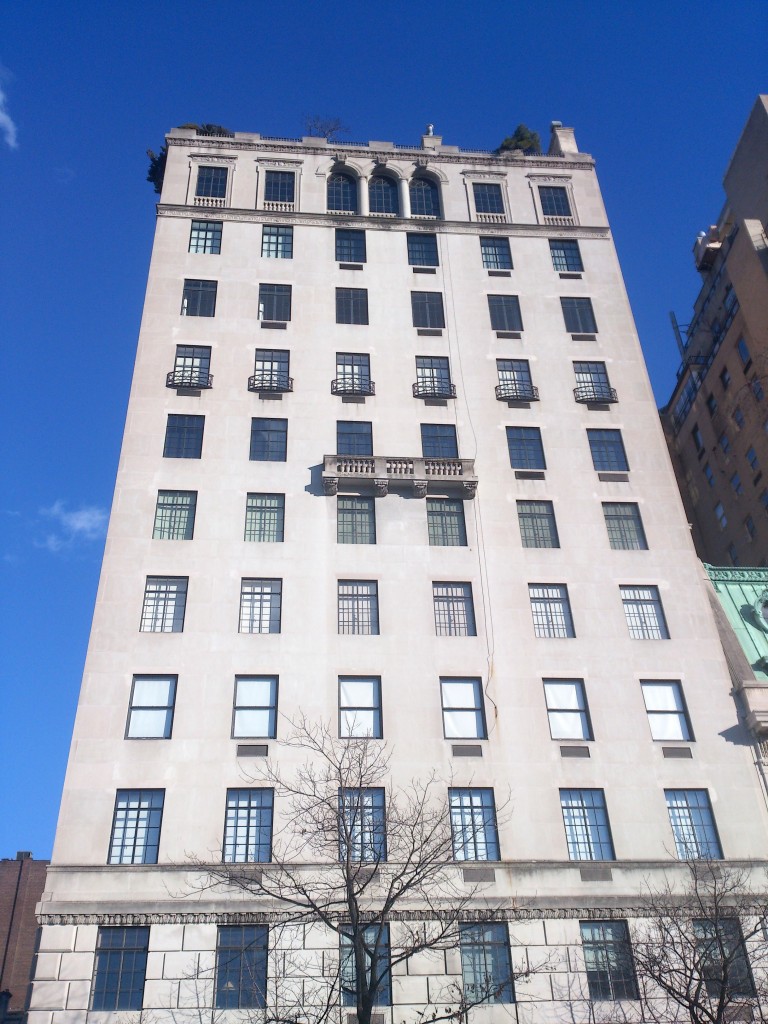 A handsome limestone design by Rosario Candela, 2 East 67th Street was completed in 1928.  The façade incorporates an upper-level loggia, a device associated with the Italian Renaissance and not commonly seen in New York City.

During construction, the developer was engaged in a lawsuit with a neighbor over who had the rights to the prestigious “2 East 67th Street” address.  The developer won, but the building is also known as 856 Fifth Avenue.