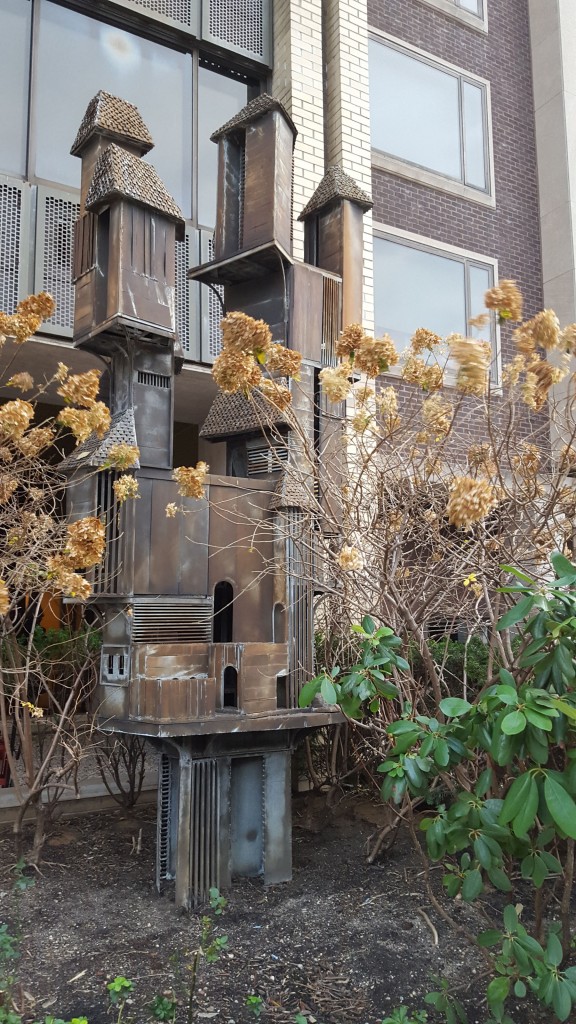 The unusual sculpture in front (pictured above) is by Priscilla Kapel and is titled “The Castle”. The work might be intended as an ironic take on the Gothic architecture of the mansions destroyed for the erection of 985 Fifth…but that would probably be giving architects Wechsler & Schimenti and developer Bernard Spitzer too much credit.

The building was completed in 1969.