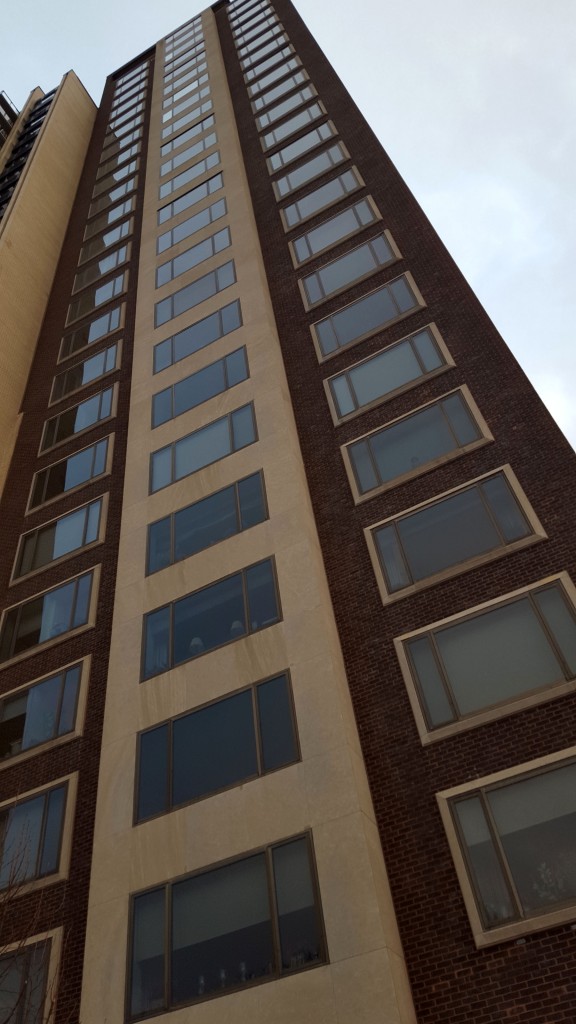 Erected in 1966, 980 Fifth Avenue replaced the Isaac Brokaw Mansion, a substantial if unimaginative chateau, with a building that historian Andrew S. Dolkart called “excruciatingly banal”.  Andrew Alpern’s estimation was even more withering: in his book “New York’s Fabulous Luxury Apartment Houses”, he opined of 990 Fifth Avenue that “all that has remained of the graciousness, the respect for the neighboring buildings and the human scale of the streetscape is naught but the fire hydrant.”

Public outcry over the removal of the Brokaw Mansion was instrumental in the creation of the New York Landmarks Preservation Commission, so perhaps a greater good was ultimately served.  As for 980 Fifth Avenue itself, the passage of time reveals it to be rather a good building if one decidedly in the wrong place – an abstracted version of the Chicago School handsomely finished in red-brown brick.

The building is sited on a mini-plaza that opens up a fortuitous view of the Fletcher Steele Mansion from the steps of the Metropolitan Museum of Art.