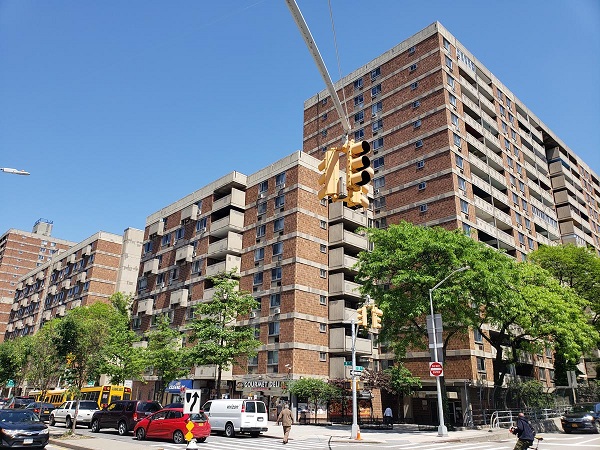 Constructed in 1967 to designs by Davis Brody Bond, Riverbend Houses at 2333 Fifth Avenue is the last of the major housing developments to line this section of Fifth Avenue.  Conceived after the theories of the French architect and theorist Le Corbusier, it represents a break with the all-brick construction of the previous decades.  The… Continue reading 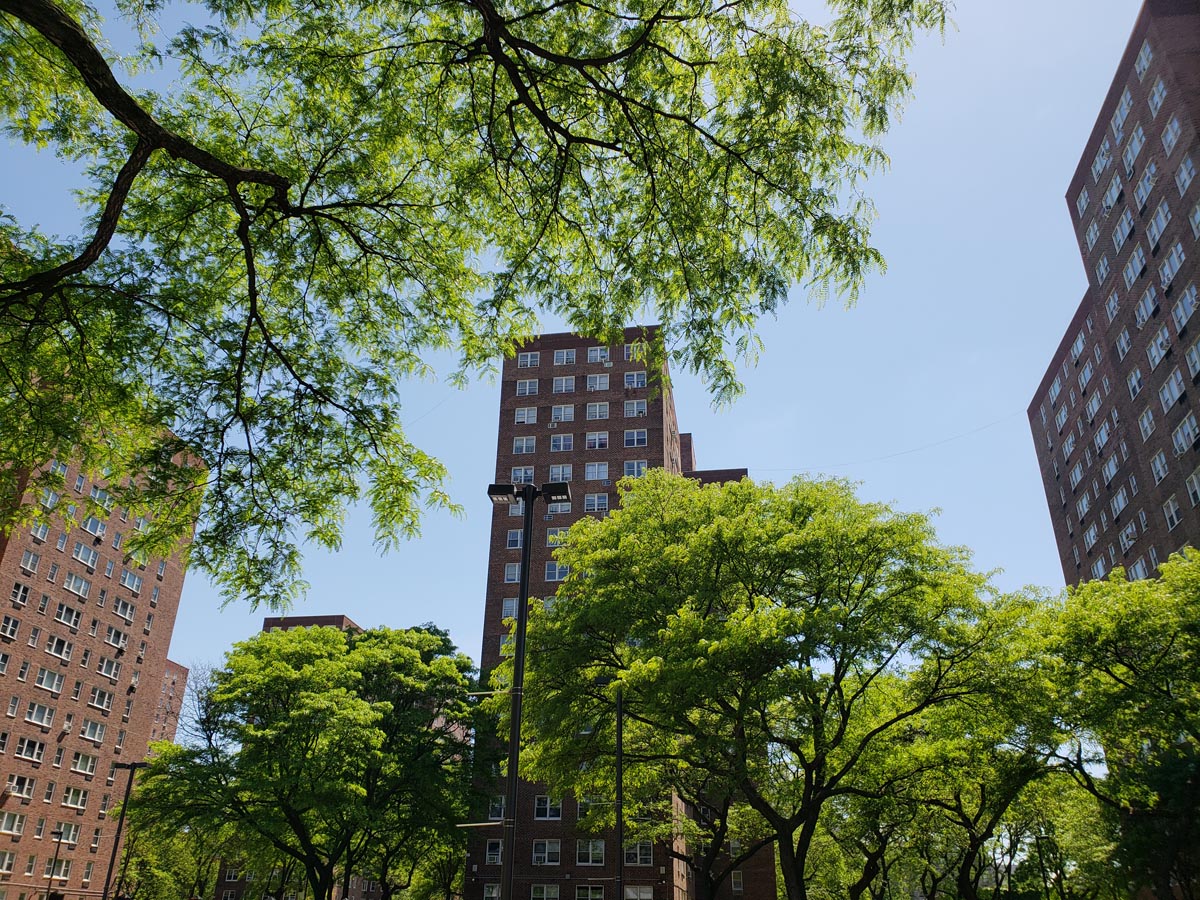 An elegantly proportioned seven-building complex on a thirteen acre site, Savory Park was built in 1959 and is surrounded by beautiful landscaping.  Among the older structures it replaced was the Savoy Ballroom, a center of swing and ballroom music during the Harlem Renaissance. 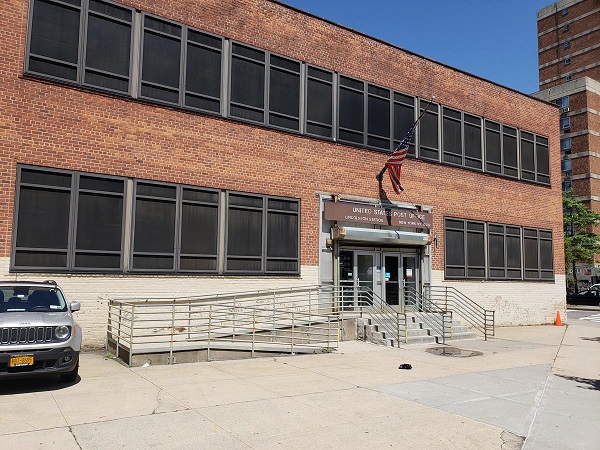 The United States Post Office (Lincolnton Station) at 2266 Fifth Avenue is typical of public architecture in New York City in the decades following WWII, which is to say unshowy and sensible but dull.  Some care has been taken with the brickwork.