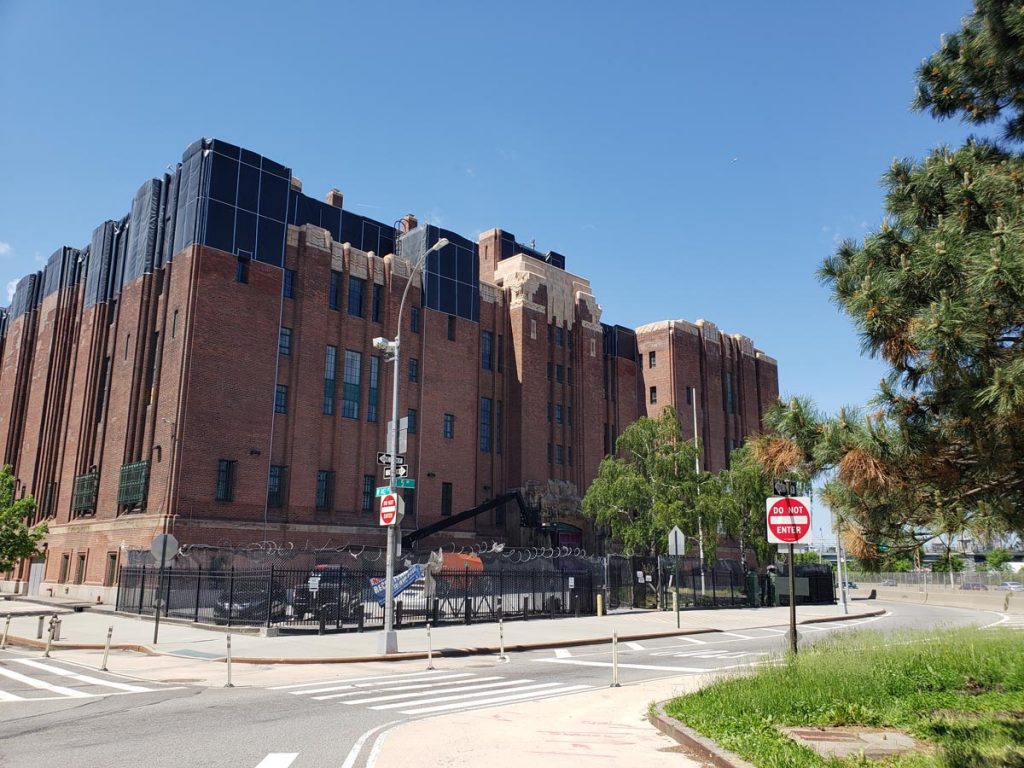 It seems fitting that we should close our tour of Fifth Avenue with one of the street’s best buildings, the massive 369th Regiment Armory at 2366 Fifth Avenue, home to the Harlem Hellfighters, the nation’s first all-African-American military regiment and a distinguished company with service in WWI and WWII.

The history of this amazing troop would exhaust a blog far longer than this one: its highlights include a full 191 days in the front line trenches during WWI, more than any other American Unit, and numerous distinguished servicemen, including Pvt. Henry Johnson, nicknamed “Black Death” by the German army and the first American to receive the French military honor of the Croix de Guerre.

The first troop to return to New York, the 369th celebrated their homecoming by marching from Washington Square to the location of this Armory – during which they would have seen…every building on Fifth.

Their descending body is the current 369th Sustainment Brigade; their historic home is one of the most massive Art Deco structures in New York, a 1933 design by the firm of Tachau and Vought, whose other designs include the Naumberg Bandshell in Central Park and Jewett House at Vassar College.  The armory is a highly expressive structure, capped with stylized eagles and attached to a drill hall with the seating capacity of 7,000.  The tarps shown in this picture covering the upper portions of the structure are due to renovations.

The 369th Regiment Armory is on the National Register of Historic Places and is a New York City landmark.  It is the only armory on Fifth Avenue.