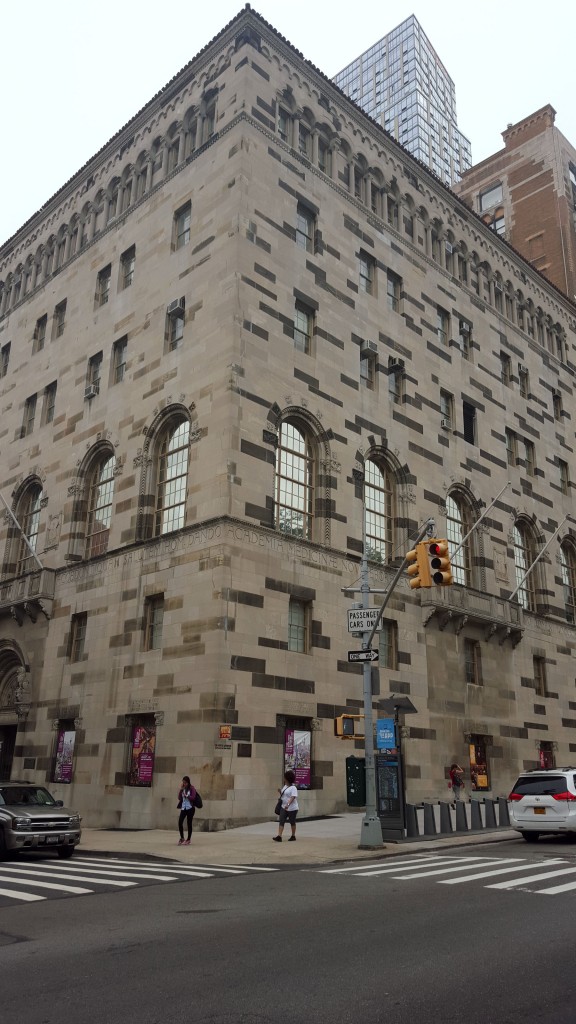 A spectacular design by the firm of York & Sawyer, 1216 Fifth Avenue is one of the city’s greatest Neo-Renaissance buildings.  Designed and built in 1925-1926, it houses The New York Academy of Medicine, one of the world’s preeminent medical libraries and research centers.  Open to the public, its collections include original manuscripts by Sigmund Freud and a prototype of the dentures worn by George Washington.

The exterior features a panoply of medical symbolism, including figures of Asclepius, Greek god of medicine, and his daughter Hygeia, the goddess of health standing watch together over the front door.  Varieties of limestone and sandstone produce a striking “chessboard” appearance to the stout exterior walls while the interiors include mosaics, bronze reliefs and hand-painted arabesques.  The Coller Rare Book Reading Room is especially fine.

The building is an official City Landmark.